umours about cannabis run the gamut from silly to downright harmful, but they all share one trait: they simply aren’t true.

As an experienced practicing medical professional who specializes in treating eligible patients with medical cannabis, I’m here to dispel some of the myths and misinformation so that you can make an informed decision about whether or not medical marijuana could be right for you.

Myth #1: “Drugs are for criminals”

In the U.S., the DEA, or Drug Enforcement Administration, classifies illegal narcotics by numeric “Schedule,” which gives us the term “Scheduled substances.” The DEA currently designates marijuana as a Schedule I substance, “the most dangerous class of drugs,” which also includes heroin. Cocaine and methamphetamine are classified as Schedule II substances, one level below marijuana. Depending on the applicable jurisdiction, drug crimes such as simple possession and possession with intent to distribute can potentially be graded as misdemeanour or felony offences, punishable by fines and prison time.

These are the objective facts. However, while the above statements may be true, the resulting stereotypes and assumptions — that “only criminals use marijuana” — are decidedly false. On the contrary, marijuana has actually become increasingly commonplace in mainstream, everyday society — as evidenced by the ever-growing list of cities and states that have adopted decriminalization or legalization measures.

To give just a few examples, recreational use of marijuana has been decriminalized in major U.S. cities such as New York City and Philadelphia, while states like Colorado, Washington and Alaska have legalized recreational cannabis entirely. Moreover, more than half the U.S. has legalized the use of medical cannabis — and it isn’t just the “blue states” you would expect. Traditionally conservative Montana and New Mexico have both enacted medical legalization laws, in addition to a long list of more predictable entries like California, New Jersey, Vermont, Connecticut and Massachusetts.

While this explosion of legislation is relatively recent, marijuana is far from being a new or novel substance. On the contrary, anthropologists and historians have documented cannabis use around the globe throughout the ages. Some records — and grave sites — reach through human history all the way back to the mummies of Ancient Egypt. In 2008, the Journal of Experimental Botany published findings of 2,700-year-old cannabis buried deep in the Gobi Desert.

Of course, you don’t need to travel to exotic countries or distant millennia to find marijuana in human society: cherished founding fathers like John Adams and Thomas Jefferson were purportedly fans, too.

Myth #2: Using cannabis will give you cancer

Substances that significantly increase the risk of developing cancer are called carcinogens. Carcinogens can be synthetic chemicals and industrial materials (like asbestos and pollutants), naturally occurring substances (like the tannins in herbal tea), or even atmospheric conditions (like radiation from the sun).

One group of carcinogens is called nitrosamines (with a few non-carcinogenic exceptions). There’s a good reason some of the chemical compounds within the nitrosamine group are called tobacco-specific nitrosamines. These nitrosamines are formed during the tobacco-curing process — not the marijuana cultivation process — and occur only in tobacco products.

None of the above substances are found in cannabis joints, nor are they present in any other form of medical cannabis.

At the opposite end of the spectrum, cannabis may actually have cancer-fighting properties. The study, The Combination of Cannabidiol and Delta9-Tetrahydrocannabinol Enhances the Anticancer Effects of Radiation in an Orthotopic Murine Glioma Model, which was published in 2014, found the following: High-grade glioma is one of the most hostile cancers in adult humans and long-term survival rates are very low as standard treatments for glioma remain largely ineffective. Cannabinoids have been shown to specifically hinder glioma growth as well as counter oncogenic processes such as angiogenesis.

Cannabis is also known to help cancer patients manage the pain and nausea caused by undergoing chemotherapy treatments. The tumour-inhibiting and appetite-stimulating properties of cannabinoids have been formally acknowledged by the National Cancer Institute at the National Institutes of Health (NIH).

It’s important to emphasize that cannabis does not cure cancer, nor should it be relied upon as a substitute for traditional methods of cancer treatment such as chemotherapy. However, it has helped patients reduce their discomfort and increase their quality of life.

Tobacco cigarettes are notorious for their carcinogenic properties, but cancer isn’t the only health problem associated with long-term tobacco use. Smoking tobacco can also lead to a host of serious respiratory ailments, which affect the lungs, throat (pharynx), mouth, windpipe (trachea), voice box (larynx) and other components of the respiratory system.

Unlike their tobacco-smoking counterparts, marijuana smokers generally do not “chain-smoke,” or smoke numerous joints in a single session. This is particularly true of medical marijuana, as many varieties are designed to have high potency. Marijuana cigarettes also do not contain nicotine, which is the major culprit behind the dependence and difficulty quitting in cigarette smokers.

Not only is cannabis free of nicotine and other tobacco-specific toxins and carcinogens — some studies have actually shown cannabis to improve lung health when ingested below certain thresholds. The study, Association Between Marijuana Exposure and Pulmonary Function Over 20 Years, published in the Journal of the American Medical Association (JAMA) in 2012, arrived at the following conclusion: Occasional and low cumulative marijuana use was not associated with adverse effects on pulmonary [lung] function.

On the contrary, the study found that low cannabis use was associated with increased airflow. The same study found opposite results when examining the relationship between airflow and tobacco cigarette use.

Jordan Tishler, M.D. is a physician, cannabis specialist, and faculty at Harvard Medical School. He is also the president of the Association of Cannabis Specialists, and CEO of InhaleMD — a private institute of cannabis medicine. He has spent years assisting patients with cannabis. For more information, or to set up a consultation with the team at InhaleMD, call (617) 861-8519. 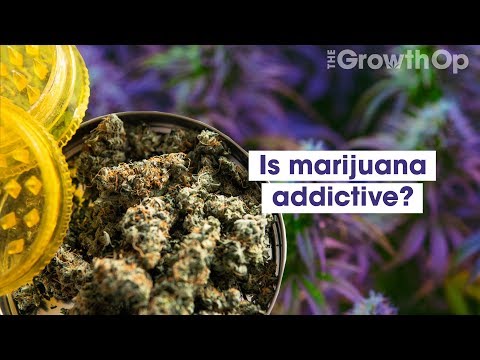 The FreshToast.com, a U.S. lifestyle site that contributes lifestyle content and, with their partnership with 600,000 physicians via Skipta, medical marijuana information to The GrowthOp.